Time Machine: not just for backups

Time Machine occupies just a few bullet points in Apple's list of 300+ new features in Leopard. But it has the ability to fundamentally change the way you and I use our computers.

Disclaimer: I have not actually used Time Machine. My only knowledge of it comes from the public videos and demos and from reading the Mac sites like MacInTouch and The Unofficial Apple Weblog. 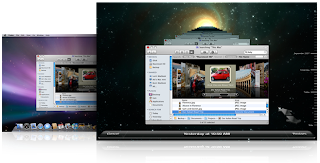 From the Apple literature, Time Machine is an easy way to retrieve your lost files. It's being introduced it like that because it's simple to understand. If you've accidentally (or purposefully) deleted a file, you can simply use Time Machine to find it and bring it back. For this use, it's not much different from any other backup software. But the similarity ends there. This is not SuperDuper.

Time Machine maintains a complete history (at hourly intervals) of every file on your computer. To put it a different way, every hour it takes a "snapshot" of your computer and stores the way it looked at that moment. These snapshots comprise a set of "versions" of your files. Time Machine gives you a way to retrieve those versions.

Time Machine is not simply a backup of the way your computer's files currently look. The term "backup" implies a second copy of your current files. Stop thinking about backups. Start thinking about versions. Think about three, four, ten, hundreds of copies of your files, each representing the way it looked at a particular point in time.

Here are a few scenarios that use versions--rather than backups of lost files--as their centerpieces.

Have you ever worked on a long-term project? One that spanned more than a few hours? It could be a project for work. Or it could be that Great American Novel you've been writing. Or an iMovie project of your last vacation. You haven't deleted it; you've simply been changing it. Have you ever messed it up so badly (and saved your mess) that you wished you could go back to the way it was earlier in the day? With Time Machine you can. Just roll back through time to find the last good version of your project. You can use Quick Look to glance at the document to verify it's the one you want. When you find it, restore it.

Some documents are ever-evolving. For example, a real estate office may have a letter they mail out to new clients periodically. When they want to send out a letter, they just change the address and a few words here and there to customize it. Because the document evolves, today's version bears little resemblance to the one they sent out six months ago. What if they wanted to see what the letter looked liked back then and compare it to today's? They can with Time Machine. They don't even have to restore it; just use Quick Look to peek at it.

I'll leave you with this one final revolutionary usage of Time Machine. Most of us have an ever-increasing number of files on our computer. Organizing it all is becoming a chore. We download new files or create them constantly. They clutter up our folders and Desktop. It's maddening. And we should be backing it all up. Of course, you know that Time Machine will help you do the backups.

But think about this: Download or create a new file. Use it for its intended purpose now. Keep it around for an hour or two. Then throw it in the Trash. That's right: don't think about how you might want to use the file later. Never mind that your co-worker will be needing it next week. Or that you might want to refer to it next month. Throw it away now. De-clutter your life. Or at least your Mac.

Ah, don't worry. Time Machine has it. You can always get it back later. Spotlight can help you find it.

This may change the way we build computers. No longer will you need a gigantic primary hard drive that holds all your files, plus an equally monstrous hard drive to back up it all. Instead, your computer has a lean, fast primary storage device big enough to hold the files you're using right now. A few GBs of flash memory will do for most people. The rest--a complete history of every file you've ever worked on--is stored on a large-capacity Time Machine device.

That's the future of computing. Look out, because in a near-future release of OS X, I predict that Time Machine will be the filesystem. There will be no distinction between your "current files" and your "backup files." All your files, current or not, will simply be versions stored in a searchable database. Solaris' ZFS technology will help make that happen.
Posted 10/22/2007 10:27:00 AM No comments:

Doesn't everyone have a list of things they'd like to accomplish/do/see before they die? Here's mine, in no particular order.

Write an application that gets used by more than 100 people.